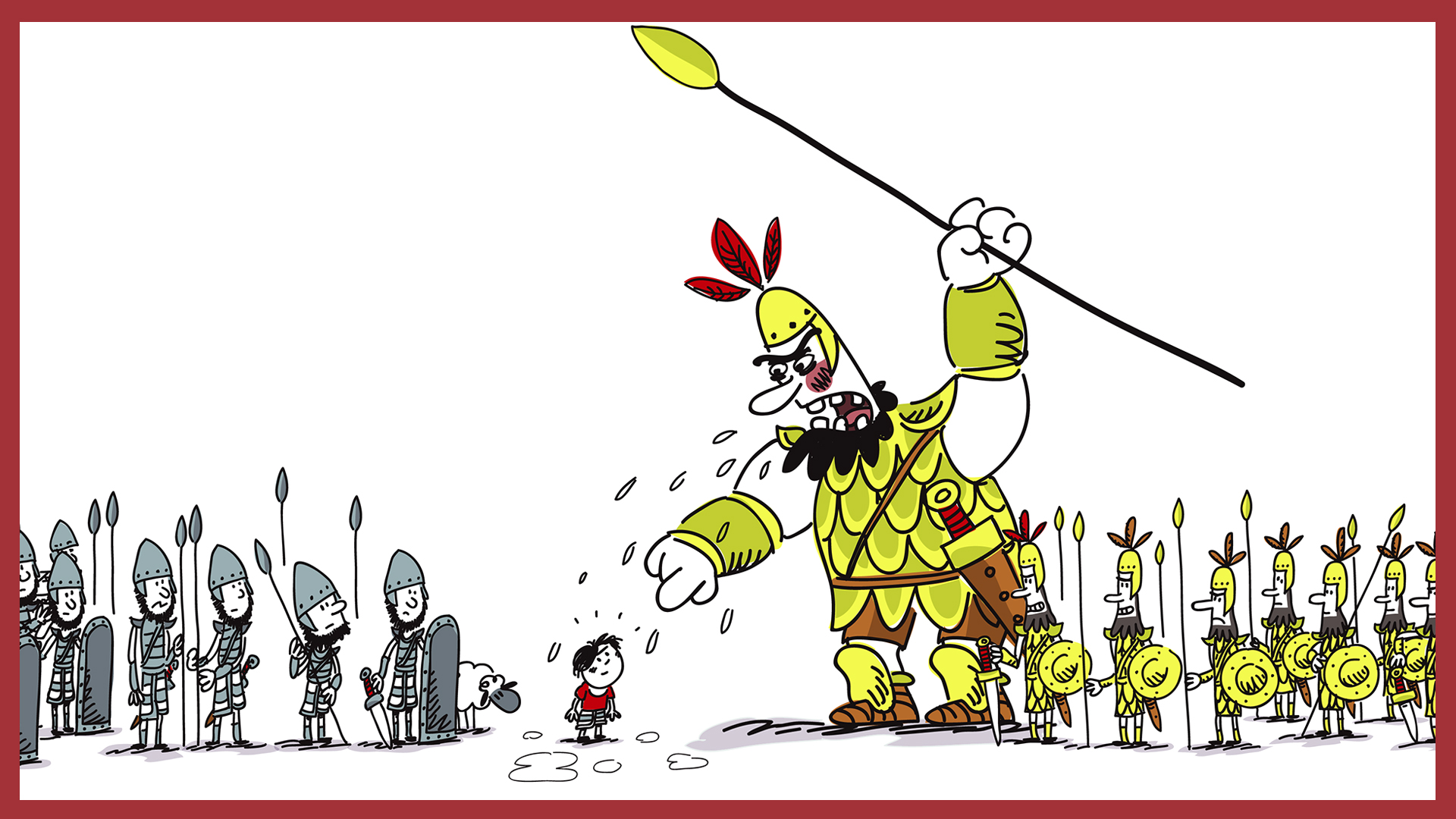 For some reason today my mind keeps returning to the story of David and Goliath. I am pretty sure that’s because of what happened in that wonderful game called Football yesterday afternoon, when Aston Villa lined up against Liverpool in the Premier League (if you don’t like football I apologise but please bear with me). If you’re not aware Aston Villa only just managed to stay in the Premier League last season after some horrendous performances and results, whilst Liverpool won the League by a country mile, having won the European Champions League the season before. So before the game no one who knows Football was giving Villa a chance – a goal-fest was expected, but at Villa’s, not Liverpool’s expense. David truly defeated Goliath by 7 goals to 2, as the latest instalment of what is already a topsy-turvy season in a year where nothing seems to be making much sense.

So what does this have to do with us, you ask? Well, if you know a Liverpool fan you can either console them or laugh at them (I’m not saying which one I did); or you can allow your mind to reflect on what happened in the original fixture when David met Goliath.

Nobody gave David a chance. He was a young boy, whereas Goliath was a more than fully grown man (about 3 metres tall), and the champion of many fights. David had no armour, no sword, no shield, whilst Goliath was covered and fully armed. They did have one thing in common however – both were full of confidence. Goliath was confident in his own strength and abilities based on what he had achieved in the past; David, on the other hand, was confident in God, saying to King Saul, “The LORD who rescued me from the paw of the lion and the paw of the bear will rescue me from the hand of this Philistine” (1 Samuel 17v37); and saying to Goliath, “You come against me with spear and javelin, but I come against you in the name of the LORD Almighty, the God of the armies of Israel, whom you have defied”  (1 Samuel 17v47). And of course the story goes on to see David defeat Goliath by striking him down with a slingshot to the forehead.

Now, I don’t know if God has a favourite Football team (not even Chelsea!), but I do know that He is faithful to His people and the promises He has made to them/us. Today, be encouraged that whatever situation you find yourself in where nobody gives you a chance, remember that God always gives us a chance; and that the key to defeating our enemies is to place our confidence in Him – and that when we do place our confidence in Him, we can say, “I can do all things through him who gives me strength” (Philippians 4v13). So, whatever you are facing today, this week, or later on in your life, and whatever giants you might face, “Look to the LORD and his strength; seek his face always” (1 Chronicles 16v11, also Psalm 105v4).